Guns N’ Roses fans in the U.K. were crestfallen this past weekend to read a Twitter post by lead singer Axl Rose that the popular 80’s music group were cancelling their upcoming tour, which was scheduled to include headlining performances at the popular Reading and Leeds Festivals in late August. It was depressing news for British Guns N’ Roses fans but not terribly surprising given the band’s sporadic touring schedule and the well-publicized fickleness of Rose. 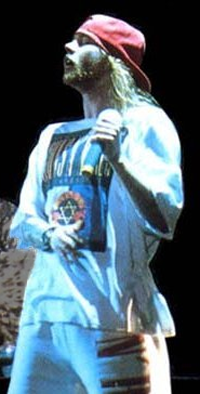 However, it appears that the mourning over the loss of the tour dates was premature. MSNBC.com reports that the tour is still moving ahead and that Rose’s Twitter message that the tour was cancelled was apparently the result of his account being hacked.

There was no word about how Rose’s Twitter account was hacked; however, the fact that the message was posted two days after Guns N’ Roses gave an extremely late and poorly-received show at the Sturgis motorcycle rally is a potential clue that a disgruntled fan might have found a way to get their revenge on Rose for the band’s below-average performance.