Twitter announced yesterday that its micro-blogging service is now available in Korean.

South Korea is one of the fastest growing countries for Twitter with ten times as many Twitter users today than there was one year ago, according to the English translation of the company blog post released by the San Francisco Chronicle. 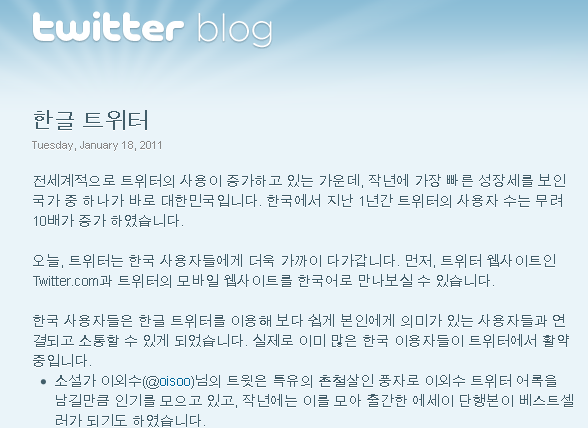 “With this launch, Twitter is now available in seven languages: English, French, German, Italian, Japanese, Spanish, and Korean. With 70 percent of Twitter accounts belonging to users outside the U.S., it’s important for us to make Twitter available in as many languages as possible, and we hope to support even more by the end of this year,”

Users can change their language to Korean via the Settings page.