As most people know, Facebook received a $500 million investment boost this week from a group led by Goldman-Sachs, helping give the social media site a valuation of around $50 billion. But the investment group also included a prominent Russian interest, as Digital Sky Technologies was at the forefront of the investment round along with Goldman-Sachs.

So just what is Digital Sky Technologies? It’s a force in Eastern Europe, running the region’s largest social media site vKontakte.ru and email service Mail.ru. It made a splash in the United States in 2009 with a $200 million investment in Facebook, and has made similar large investments in American social media holdings such as gaming company Zynga and local deals site Groupon. 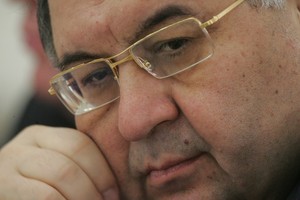 DST has close ties with Goldman Sachs — many of its employees are former Goldman Sachs staffers, and it recently hired away high-profile European technology bankers John Lindfors and Alexander Tamas from the firm. The group’s associations could be somewhat problematic for Facebook moving forward. One of its main investors is Alisher Usmanov, an oligarch who spent time in prison in Uzbekistan on fraud charges.