Founder and CEO of Facebook Mark Zuckerberg announced on Friday the launch of a new education foundation created to support schools in Newark, New Jersey. Kicking off the startup, Zuckerberg has donated $100 million from his own Facebook stock and is encouraging others to join the cause and match his contributions. 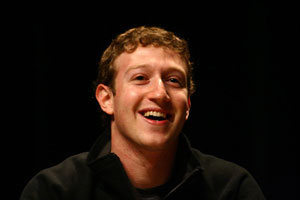 According to Zuckerberg, he selected the schools in Newark, New Jersey because the city has “become a symbol of public education’s failure.” In addition to enrolling students with low literacy levels, low graduation rates, and a low number of students enrolling in college after high school, Newark schools are also famous for poor facilities, crime and violence.

“Going to a school with boarded up windows and broken glass should not be a part of our education experience,” Zuckerberg wrote in a post on the company blog. “A child’s biggest fear at school should be their next exam, not weapons or the kid sitting next to them.”

As part of the project, New Jersey Governor Chris Christie has authorized Newark Mayor Cory Booker to partner with the local community to create and implement a new education plan for the Newark Public School District. He also added that the Mayor plans to make education his major goal for his current term in office.

“I’m excited to start this new project,” Zuckerberg wrote. “I’ve been very lucky to have the education and opportunities I’ve had in my life and I look forwarding to participating in giving the 40,000+ students in Newark the same opportunities. Together, we can support a bold and thoughtful program for improving education, starting by making Newark a symbol of excellence.”