When you register for a Facebook account, you have to provide your real name. In fact, the company takes pride in its system of checks and balances to ensure that a person is using their real name on the site. This helps to avoid identity theft or people setting up false accounts to impersonate celebrities to perform scams. 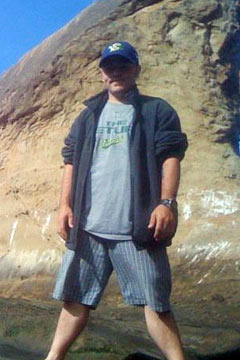 But what happens when your legal name is Captain Awesome? Apparently, you can get a driver’s license with that name but not a Facebook account. AOL News reports that one man legally changed his name to Captain Awesome from the more pedestrian Douglas Smith, Jr., but Facebook won’t allow him to change his account to reflect his new, “Awesome” moniker.

Awesome claims that he is an “Outrageous Ordained Minister” and that he makes his living performing humorous and non-traditional weddings. The name change was made to further his career, but he said that Facebook’s policies have made it impossible to market himself on the site.

“On Facebook, I’m still Doug Smith,” he said. “I wanted to change my name to something that reflects who I am as a person.”