Is it possible that Facebook users have bigger brains than everyone else? While it might seem like an overly-fanciful marketing campaign from Facebook, Time Magazines reports that recent research suggests that people who use Facebook regularly might have larger brains than non-users. Specifically, a study published in the journal Nature Neuroscience suggests a relationship between the number of Facebook friends a person has and the development of the portion of the brain called the “amygdala.” 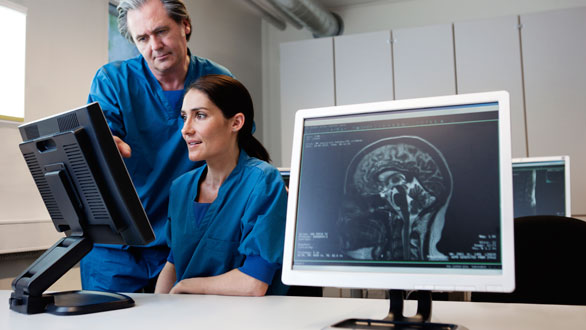 The amygdala processes the memory of the emotional reactions within a brain. It helps people identify if they are familiar with a person or not, and if they should feel comfortable interacting with them. Researchers at Northeastern University studied 58 adults with Facebook friend groups of different sizes and levels of interaction. They discovered that people with larger and more complex social networks have larger amygdala than people with more closed Facebook networks.

The results suggest that people make emotional connections with Facebook friends, even if they don’t know them personally. The report concluded that “humans are inherently social animals. We play, work, eat and fight with one another. A larger amygdala might enable us to more effectively identify, learn about and recognize socioemotional cues in conspecifics, allowing us to develop complex strategies to cooperate and compete.”