Facebook Irked at Party Scene in New Movie About its Founding

Facebook could be coming to a theater near you soon — and the company isn’t exactly thrilled about it. According to The Hollywood Reporter, Facebook executives aren’t happy with the tone and content of a planned movie from Sony Pictures which details the rise of the social media giant. Written by “The West Wing” creator Aaron Sorkin, “The Social Network” depicts a partially fictionalized account of the founding of Facebook. 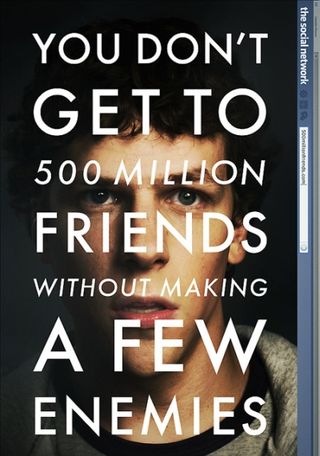 Among the scenes that Facebook is apparently unhappy with is one where Napster co-founder and key early Facebook executive Sean Parker (played by Justin Timberlake) delivers a big speech at a wild party while teenage girls “offer lines of cocaine from their breasts.” Facebook has been reviewing the script for several months and producer Scott Rudin said that several small changes have been made.

However, Rudin said that he will be keeping the controversial party scene — with Sorkin admits never actually happened — in the movie, although it is not done with final editing. In fact, Rudin said that his main concern with the scene was whether it would jeopardize the movie’s planned PG-13 rating.